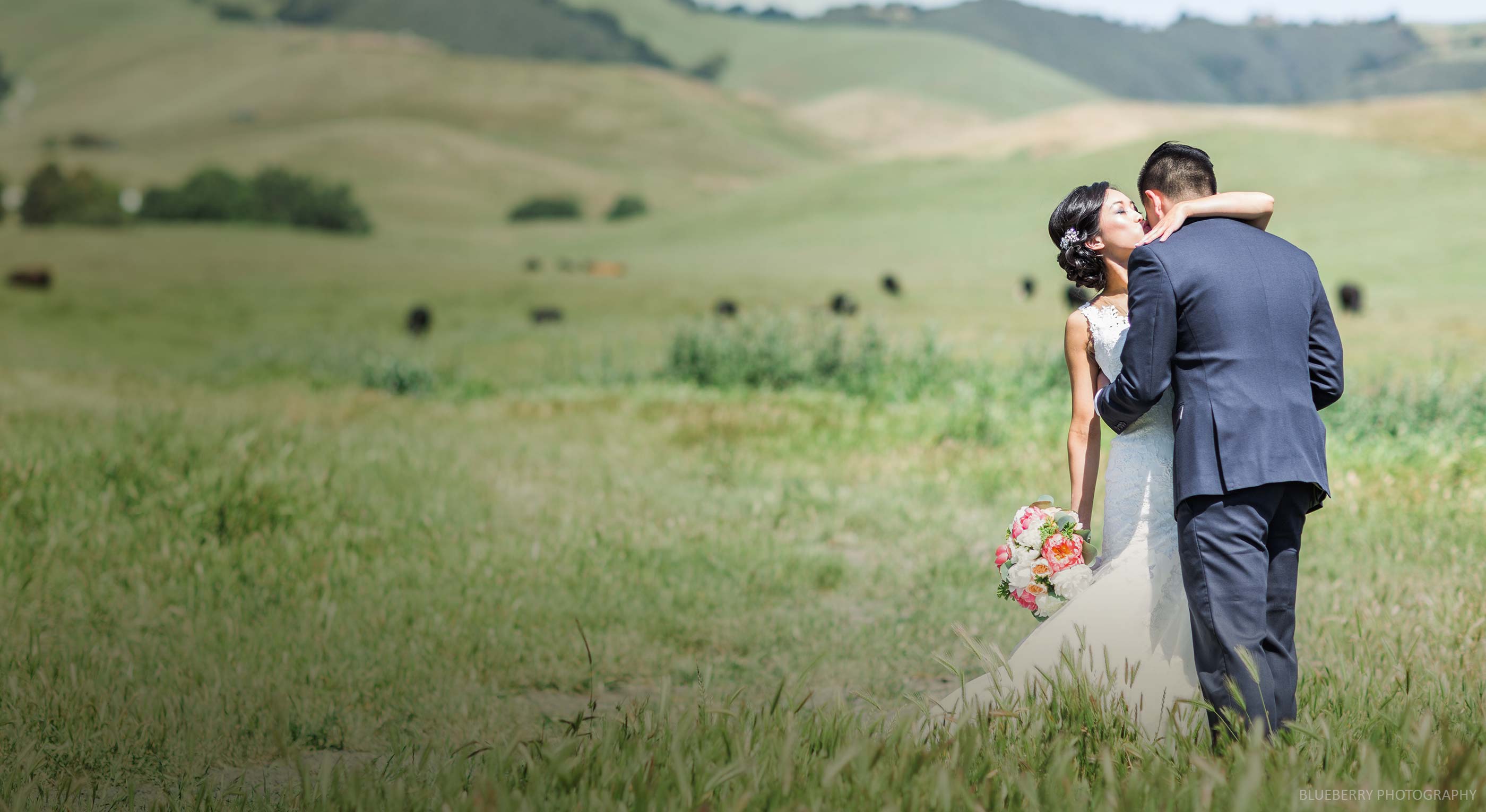 Private, gorgeous, and nestled within the hills of Livermore Valley Wine Country, the Palm is an idyllic venue for hosting a romantic destination wedding.

Located within an hour from San Francisco, San Jose, and Tracy, Livermore Valley Wine Country is easily accessible and one of the best kept secrets of the Bay Area. Possessing wineries, numerous restaurants, shopping, golf courses and recreational parks, the area has an abundance of activities for visitors. In addition, a Mediterranean climate makes the area the sunny side of the Bay, which means milder winters and warm breezy summer nights. Perfect weather for outdoor wedding ceremonies or late afternoon cocktails on the terrace overlooking the vineyards.

Over 50 wineries are located in Livermore Valley. The Palm sits next to one of the largest, Rubino Estates Winery. We exclusively feature their wines as part of our wedding offerings. Hand-crafted to embrace the unique Livermore Valley terroir, Rubino Estates combines contemporary methods with classical Italian varietal grapes to create approachable, food-friendly wines. 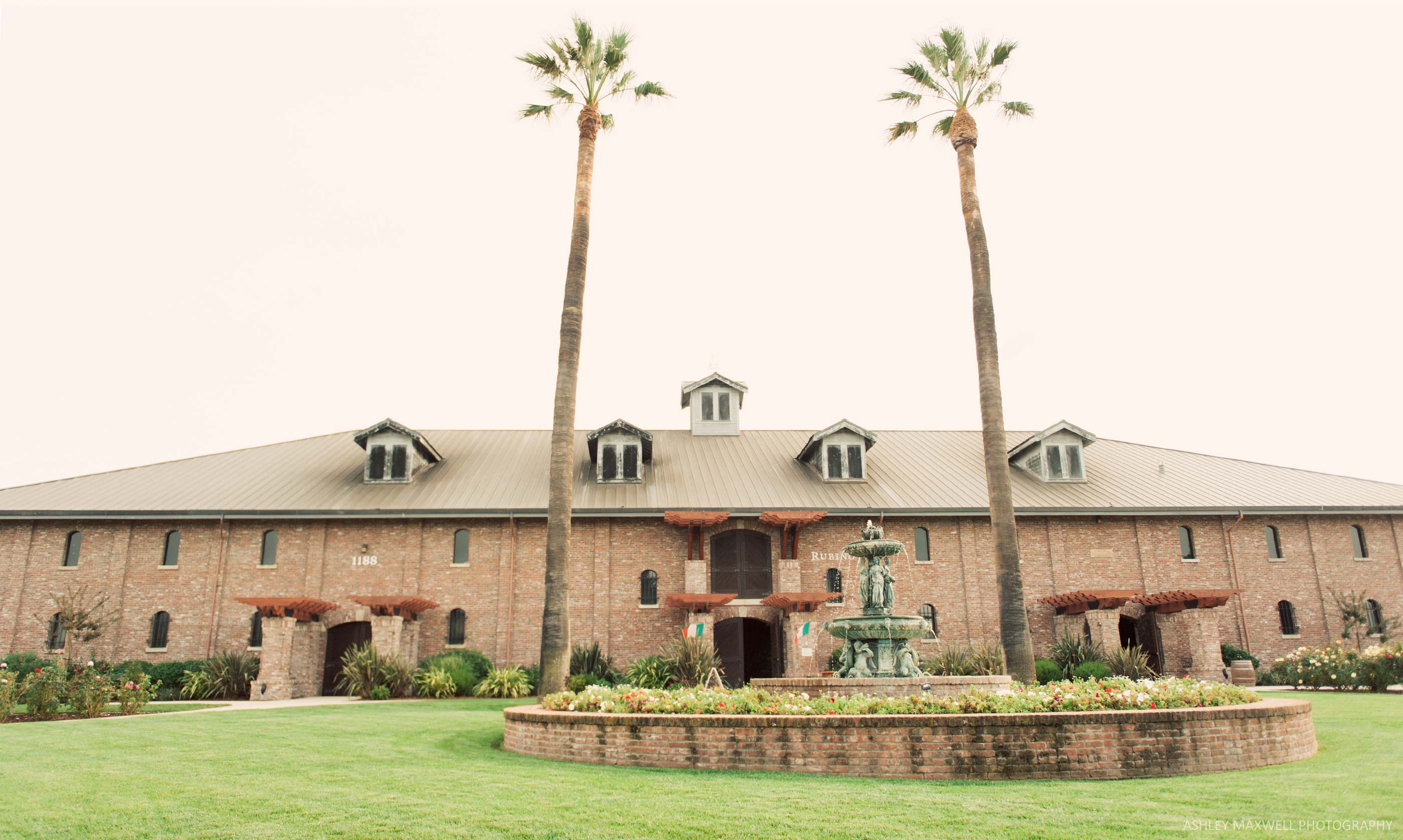 One of the oldest wine regions in California, Livermore Valley Wine Country has a venerable history and over 50 bonded wineries for visitors to explore. Click for a map of area wineries.

The area is blessed with gravelly soil that “stresses” the vines to produce more flavorful fruit. It’s unique meso-climates, produced from the Pacific Ocean and San Francisco Bay, lend the region its moderate, Mediterranean weather.

Originally home to the Ohlone Indians, and then to the San Jose Mission, the region was eventually given in a Spanish land grant to Robert Livermore in the early 1800's. Robert Livermore planted the first vineyard in the valley, harvesting grapes for low-grade table wine in 1849. Later, during the mid-1800’s gold was found in California and Livermore Valley became a stopping point for those headed to make their fortunes. In 1869 the town of Livermore was established in memory of the first winemaker, and landowner, of the region.

During the late 1800’s the esteemed Charles Wetmore, James Concannon and Carl Wente all planted their vineyards in the area. Charles Wetmore’s vineyard, Cresta Blanca Winery, went onto win the Grande Prix at the Paris International Exposition in 1889 out of 17,000 entries (Napa Valley would not be recognized by French judges until almost a hundred years later at the Paris Tasting in 1976), giving the valley notoriety on the International stage. James Concannon began production of sacramental wine that was to allow the winery to survive during the era of prohibition and Charles Wente began his own winery that today is the distinguished as the oldest, continuously run family winery in the nation.

By the year 1900, there were 50 wineries and 5,000 acres of vineyard in the valley, however, this boon was not to last with the ratification in 1919 of the 18th Amendment to the U.S. Constitution, outlawing the sale of alcohol and severely limiting the number of wineries who were able to survive during this era. After prohibition, Livermore Valley began to again produce commercial wine and was the first region to label and market varietal wines in the mid-1930’s. The 1970’s saw the largest number of wineries in the area established – over 200 strong. This number diminished to only six by the late 1980’s and as housing continued to encroach upon agricultural land, Alameda County (along with the cities of Pleasanton and Livermore) undertook a multi-year planning process to save the wine country from excessive development. Out of this effort arose the South Livermore Valley plan, in which development must be combined with the preservation of agricultural areas, allowing for the incubation and growth of the wine industry.

Visitors to the area today are surprised to find over 40 wineries in an area that is as historically rich as the fertile ruby soil. Major attractions in the region include biking, hiking and wine tasting with friendly winemakers who interact with their customers and host a multitude of wine-related events throughout the year.

HISTORY OF THE PALM EVENT CENTER IN THE VINEYARD

The Palm sits on the original Ruby Hill Winery property. Ruby Hill Winery was one of the earliest wineries in the area, dating from the late 1800’s. Built by John Crellin in 1887, who purchased 450 acres in the area with a fortune gained through the oyster shell business, Crellin named the winery after the rich, red soil found on the property.

Crellin’s son kept the winery going after his father’s death, but sold it in 1921 to Ernest Ferrario. In the 1960’s Ferrario’s winery was known for its bulk wine. Subsequent years saw the land sold to the Southern Pacific Railroad in 1970, and then leased to Stony Ridge Winery. In 1982, the winery was sold to Computerland with plans to build a training campus. During protests by the community on the loss of the vineyards, Wente Vineyards purchased the property to protect its rich viticulture heritage. In 1989, a fire nearly destroyed the building and it sat abandoned until being demolished in 2002.

Finally, in 2002, land developer Mike Callahan purchased the land with the promise to revive the vineyard and winery. The winery reopened as Mitchell Katz Winery. Two years later in 2004, the Palm opened as an event venue next to the winery.

In 2008, Mike Callahan resurrected the Ruby Hill Winery name and built a brand new winery a quarter of the mile down the road next to the Palm’s sister event venue, Casa Real at Ruby Hill Winery. In 2013, Mitchell Katz relocated to another property in Livermore Valley. Mike Callahan re-opened the winery under his own brand, Rubino Estates, and extensively remodeled the tasting room.

Much of the terroir of the land is flat, gravelly and well-drained – reminiscent of vineyards in Bordeaux and the Rhone regions in France; perfect for Cabernet Sauvignon, Petite Sirah and Syrah grapes. The Mediterranean climate of warm days and cooler evenings are ideal for producing fully ripened, balanced and flavorful fruit. Loamier soil upland on the property is ideal for Chardonnay and Zinfandel varietals. And with the skillful hand of the Rubino Estates winemaker, the vineyards now also contain other varietals, such as Petite Verdot, Barbera and Sangiovese.

Built in 2004, the Palm’s construction included building materials from the old Ruby Hill Winery. Whenever possible, old bricks and wood were used in construction. The old palm trees sitting on a gravel road were formally landscaped and manicured into an elegant and dramatic driveway entrance – perfect for wedding processions and creating a “wow” moments for guests upon arriving at the property for the first time. The doors of the event venue and the impressive kings tables used as accent tables for weddings were all hand-carved from old redwood trees and custom made for the property.

Before the Palm was built, the landowner, Mike Callahan, partnered with Read Phillips of Beets Catering to open the event venue. Beets Catering took over the management of the property, including event coordination and all food and beverage service. With over 25 years of experience catering all over the Bay Area, Beets Catering had a stellar reputation for creating flawless parties with restaurant-quality cuisine. Eventually, the company was renamed Beets Hospitality Group to better reflect the actual management of the event venue. A dedicated staff of event coordinators, chefs, and property management were hired to ensure couples receive the utmost attention for their events.

A separate company from the winery, the Palm Event Center in the Vineyard is now regarded as one of the most elegant event venues in the Bay Area. Featuring warm, friendly staff with extensive event expertise, the property has earned the reputation as a welcoming, affordable venue with luxury amenities and a historical past.

CALENDAR OF EVENTS IN AREA

How to Create the Perfect Hotel Welcome Tote

For a destination wine country wedding, a hotel welcome tote is always a nice touch for out-of-town guests. The combination of a gift and a thoughtful way to say you’re glad they are there, it is the perfect gesture to ensure guests feel comfortable while away from home.

Here’s a guide in how to create the perfect welcome tote: